Abstract: This edited volume examines theoretical approaches and case studies that demonstrate how emerging technologies can display, reveal and negotiate difficult, dissonant, negative or undesirable heritage. There is a particular focus on how emerging technologies in museums have the potential to reveal unheard or silenced stories, challenge preconceptions, encourage emotional responses, introduce the unexpected, and overall provide alternative experiences. By emerging technologies, this book refers to contemporary advances and innovations in technology such as virtual reality, augmented reality, mixed reality, holograms, artificial intelligence, gamification, smart systems, and so on.

The Ledra Palace Hotel and the ‘difficult history’ of modern Cyprus

Abstract: This paper explores the extent to which the recent turbulent history of Cyprus is reflected on an emblematic building, the Ledra Palace Hotel, which is situated on Nicosia’s buffer zone, the Green Line that, since 1964, divides the island in two sectors, the Greek Cypriot, and the Turkish Cypriot. Since its establishment in 1949 the Ledra Palace has been the background of the country’s key historical events.  In this paper, the Ledra Palace is analysed as an integral part of Cyprus’s cultural heritage and as such it contributes to the understanding and negotiation of the island’s difficult past.

Photographic Representations of Colonial Cyprus and the Ledra Palace Hotel

Abstract: This chapter explores the colonial history of a well-known, albeit overlooked building in the buffer zone in Cyprus: the Ledra Palace Hotel, an emblematic building with historical significance. From its establishment in 1949 until the end of the colonial period in Cyprus, it played a pivotal role in the development of a cosmopolitan and multicultural urban society in Cyprus. It also played an important role in the development of Cypriot art as it served as a main exhibition space. The chapter is divided into two main sections: The first section gives a brief history of the hotel and examines how and to what extend the hotel reflects the history of Cyprus, with a focus on the colonial period. The second section explores the way Cyprus was photographically represented during the colonial period from 1950-1960 – at the time the Ledra Palace hotel was at its prime. Cyprus at the time was mostly portrayed as a rural, romantic and relatively backward place. Indeed, travelling artists and writers, used to cast Cyprus as a primitive, premodern society, for the tendency was, for Cypriot modernity to be ignored. While ethnography, tourism and art excluded signs of modernity and focused on a rural and “authentic” image of Cyprus, everyday photography where Cypriots had control over the production of representations of the self, emphasized modernity. Indeed, the Ledra Palace of the 1950s splendidly depicts a modern image of the Cypriot society: one where ballroom dances, tea parties, art exhibitions, fashion shows, concerts academic lectures, business conferences  and of course wedding parties were taking place

Abstract: Tracking the Loving Gaze is a futile attempt to follow, map and capture the way cherished personal photographs are viewed. The authors asked 30 people to look at a preselected photograph that held a special meaning for them, while using an eye tracker. The raw visual data from this process—heat maps, focus maps and scan paths—became the foundation of a body of work that includes darkroom prints, short videos and a limited-edition artist book. Apart from exploring the invisible viewing processes of personal photography, this article introduces the concepts of the detached and the invested viewer, as well as the corresponding concepts of the cold and the loving gaze.

Contested Perceptions of Archaeological Sites in Cyprus: Communities and Their Claims on Their Past

Abstract: Cyprus: Island of Aphrodite II, published in 2020, is Stylianou-Lambert’s and Lambouris’ attempt to renegotiate their own visual past and a tribute to the creative process of photographic selection, exclusion and erasure. In what becomes an extended photographic act, the 1965 book is meticulously reproduced, only this time, ‘new’ photographs –photographs from Lanitis’ archive– are introduced and partially overlaid on top of the original pages; all the while, remaining aware of the fact that the mere act of overlaying material necessitates a much more violent act, that of erasure. As sociologist Andreas Panayiotou mentions in the introduction of Cyprus: Island of Aphrodite II: ‘The imposition of one picture on the other may shock the eye, and feel like a violation. The eye cannot see the older image in its totality. It can imagine it. But the artistic intervention is not only a negation. It is also a continuation. This is a book in which artists of the 21st century create a new paradox by adding archival photos, as if in a collage, to older, classical by now, “sacred” images.’

Emerging Technologies and the Digital Transformation of Museums and Heritage Sites

Abstract: This book constitutes the post-conference proceedings of the First International Conference on Emerging Technologies and the Digital Transformation of Museums and Heritage Sites, RISE IMET 2020, held in Nicosia, Cyprus, in June 2021. The book focuses on topics such as digital curation and visitor engagement in museums and heritage sites; VR, AR, MR, mobile applications and gamification in museums and heritage sites; digital storytelling and embodied characters for the interpretation of cultural heritage; emerging technologies, difficult heritage and affective practices; participatory approaches, crowdsourcing and new technologies; digitization, documentation and digital representation of cultural heritage.

Contested perceptions of Archaeological Sites in Cyprus: Communities and their Claims on their Past

Abstract: As was the case in many countries around the world, in Cyprus, up until the first decades of the 20th century, universal – and surely compulsory – education was not a given right but, rather, a privilege. When the British arrived on the island, in 1878, the illiteracy rate exceeded 75 percent while, among the female population, the percentage was a shocking 97.5 percent. During British rule, girls and women were to benefit significantly from the Government’s education decisions; these decisions reduced the gap between boys’ and girls’ school attendance, a tendency that continued after the island’s independence.
This paper focuses mostly on the Greek-Cypriot community, although frequent references to the Turkish-Cypriot and other communities are made throughout the text; the entire subject is approached mainly from a historical, rather than an educational, perspective.

Virtual Reality in Museums: Exploring the Experiences of Museum Professionals

Abstract: The past few years have seen an increase in the use of virtual reality (VR) in museum environments in an attempt for museums to embrace technological innovations and adapt to the challenges of the digital era. While there are studies that examine the advantages of VR in museums and visitors’ experiences with it, there are no studies examining the experiences of museum professionals who are responsible for a museum’s objects and narratives. The aim of this paper is to explore the practices, experiences, and perceptions of museum professionals on the use of VR technology in museums, their perceived advantages and challenges of such technologies, and their vision for the future of technology in museums. The paper provides an in-depth analysis of interviews with museum professionals from a number of countries around the world who worked with particular VR projects in their own institutions. The ultimate aim is to offer a more critical and holistic examination and assessment of the use of VR in museums and provide suggestions for designing and developing VR projects in the future.

Abstract: The recent years have seen a digital transformation of the cultural tourism sector and the interpretation of cultural heritage, through the use of emerging and immersive technologies, such as Virtual Reality (VR) and Augmented Reality (AR). Although this transformation has brought important advantages, it may also challenge the authenticity of the offered experience. This paper aims to explore the different and conflicting scholarly debates on authenticity and technology, which lie at the intersection of three fields, namely tourism studies, heritage studies and ICT and which may also have consequences on the actual applicability of such technologies in cultural tourism. An examination of the concept of authenticity in the aforementioned disciplines is provided, through an analysis of how the concept has evolved in each of the three disciplines. The paper also highlights their differences and points of convergence and discusses the challenges and implications created by the identified discrepancies between the different stakeholders involved in cultural tourism. Finally suggestions will be offered on how the discussed challenges and implications can be addressed in light of the new needs of cultural tourism in the digital era.

Exploring the challenges of interactive technologies in museum spaces

Book: When the Cemetery Becomes Political – Dealing with the Religious Heritage in Multi-ethnic Regions

Tourists with Cameras: Reproducing or Producing?

The Future of Technology in Museums 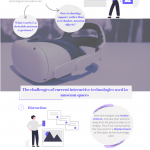 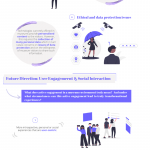 Book: The Future of Tradition in Museology: Materials for a discussion