This project follows the diverse lives of the copies of the famous statue of Aphrodite of Soloi. Aphrodite became the symbol par excellence of Cypriot archaeology and the island of Cyprus. “Aphrodite’s Sisters” explores the diaspora and multiple social biographies of the most popular Cypriot statue of Aphrodite and its copies: the statue of Aphrodite of Soloi, a marble statue from the 1st century BC, found by a farmer while ploughing his field and donated to the Cyprus Museum in 1902. The original statue – nowadays on display at the Cyprus Museum – is possibly a Roman copy of an earlier Hellenistic statue. Copies of this statue are ‘scattered like seeds’ in gardens, homes and shops. Furthermore, the image of the statue travels through promotional material (like that of the Cyprus Tourist Organization), with the help of passports and stamps, and products (like the famous sweets, loukoumia), thus crossing geographical and political boundaries. More specifically, “Aphrodite’s Sisters” tracks down copies of the “original” statue and photographs them with their owners. It also photographs the original statue at the Cyprus Museum and its multiple documentations. Interviews with the participants reveal that, even though they own the same statue, for each one of them, the meaning and use of their “object” differs dramatically.

If you have seen this Aphrodite or a copy of it in any material please follow the steps described on the photo, to make a submission. 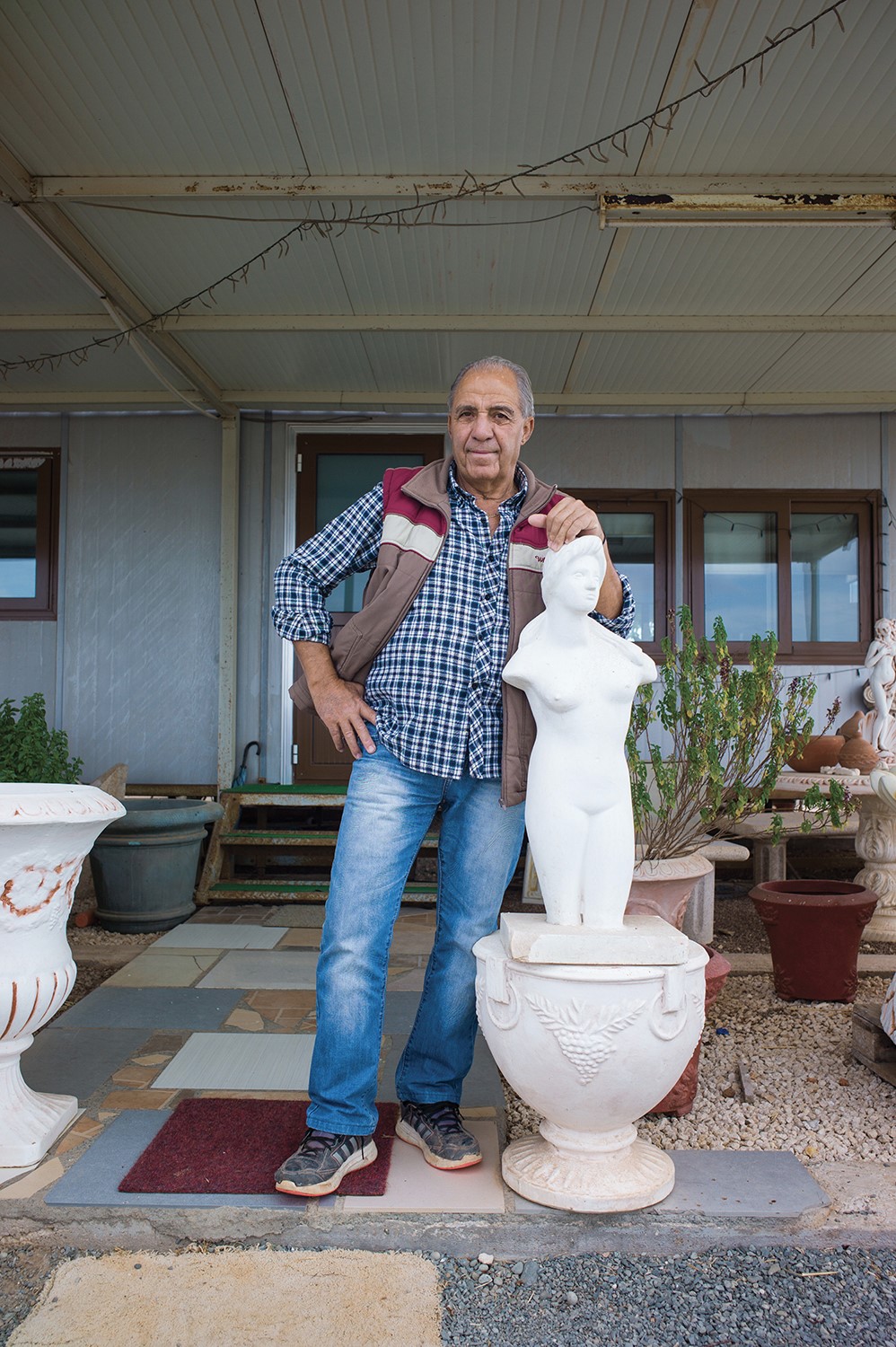 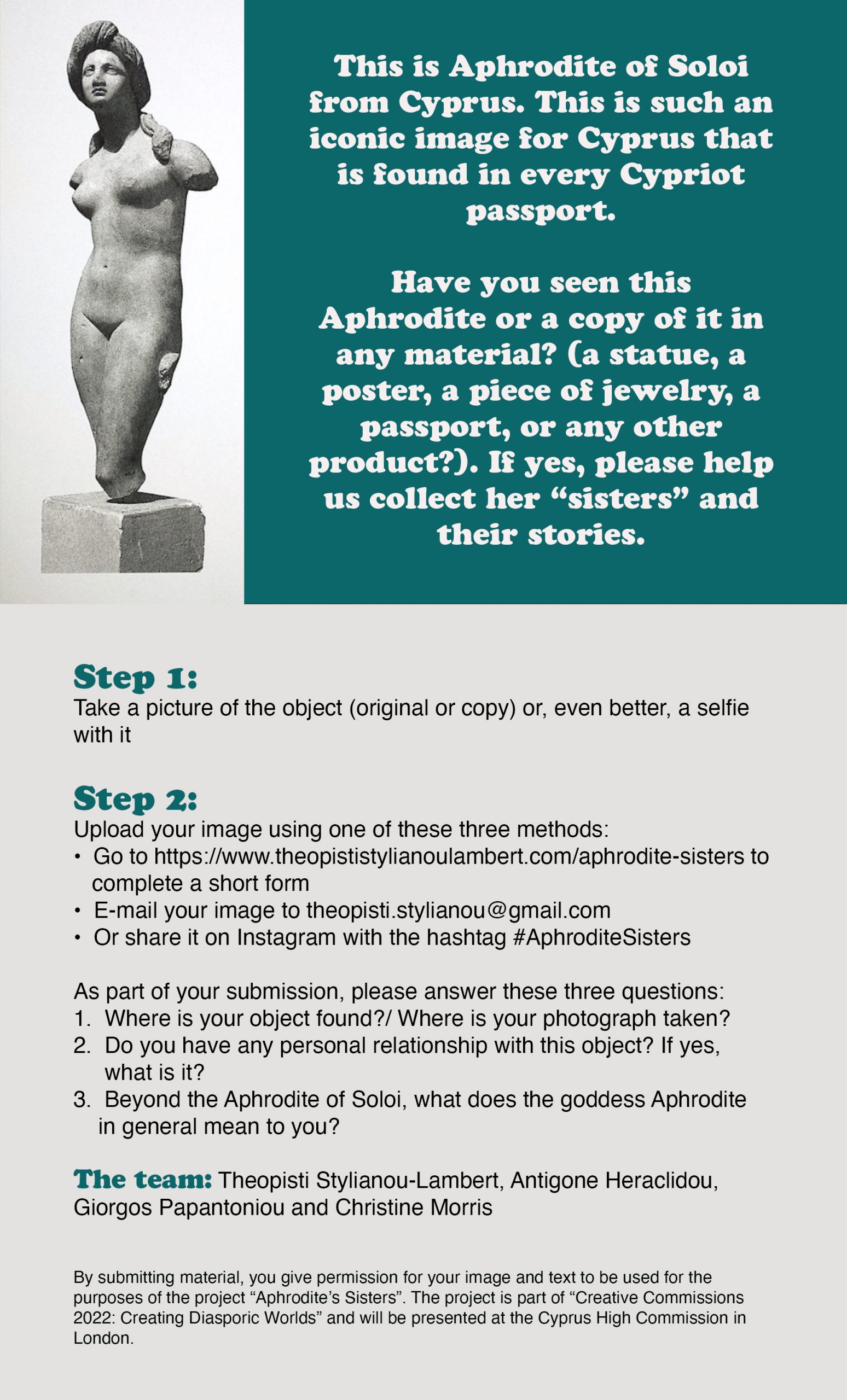